“A Burning”, author Megha Majumdar’s debut novel, is perhaps one of the most talked-about releases of South Asian Literature this year. I picked up my copy at my local bookstore while on a brief weekend outing, intrigued by the plotline on the blurb and fascinated by the reading experience it promised.

Set in Kolkata, India, A Burning is a frank and unflinching depiction of modern India, its neuroses explored through the lives of three main characters. One is Jivan, a poor girl from a Muslim family, living in a slum, who, because of an ill-advised Facebook post, is accused of carrying out a terrorist attack—burning a train full of passengers; the second major character is the vivid and effervescent Lovely, a hijra—a member of an indigenous South Asian community of intersex and transgender people, who are revered for their ability to bless newborns and newlyweds, but are, ironically, also one of the most downtrodden communities in the subcontinent, treated as outcastes and forced to make a living by begging; while the third main character is PT Sir, whose sobriquet comes from his occupation as a teacher of physical training in a girls’ school, who steps onto the path to political power after a chance association with a far-right political party.

The book is incredibly condensed and perfectly paced, making for a fast, gripping and rewarding read. It is filled with vivid descriptions of everyday life in India, but these are given through fleeting passages rather than long winded paragraphs, maintaining the flow and pace of the book. Another particularly notable achievement of this book is its character development: each main character has a distinctive voice which lets the reader slide effortlessly into each one’s shoes.

The topics it covers, and its backdrop of an India veering towards the far-right and nationalism is intensely relevant, and the novel deftly explores these themes—along with other themes such as patriotism, violence, Islamophobia, radicalism, homo- and transphobia, hate, and extremism—and the frightening consequences these can have on the country’s people and youth, especially those from marginalized communities or minorities, like Jivan. It brings to light the darkness and bleakness of today’s political scenario in India, and highlights the desperate need for change, besides exploring the endless corruption and inefficiencies that are present almost everywhere in India.

Matching with the book’s symphonic plotline, the tone adopted by the writer is similarly varying: sometimes funny, occasionally satirical, intermittently sad, emotional or suspenseful, but never too affected, and always scathing.

No novel is perfect, and likewise, this book also has its own minor flaws. The most noticeable of these is the slightly rambling and off-putting descriptions of Indian food: for example, shingara (samosas) are described as spicy potato filling in a pastry, jhalmuri is puffed rice with spices and chopped cilantro etc, sandesh is “milk sweet”, and so on. While these are helpful for people unfamiliar with these foods, they occasionally interrupt the flow of the story, without adding much to the plot, and come off as slightly awkward. A glossary at the end would have been sufficient. At certain points the narration, phrasing and description seem to be catering excessively to a Western audience that is absolutely ignorant about India, slightly paradoxical for a storyline which is better suited to an audience that is—at least to some extent—familiar with India.

Despite these flaws, this novel is a remarkably stunning piece of work, an extraordinary feat for a debutante like Majumdar. It is an honest portrait of India today, holding up a mirror to its horrors. Brutal and brilliant, thought-provoking, and devastating, A Burning is bound to be known as a classic of Indian Literature. This book will not leave its readers’ minds anytime soon. A highly recommended read, this book will be impossible to put down, and will make you wonder why it came to an end! 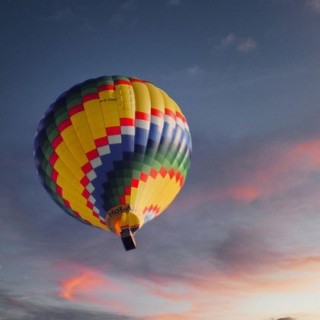